Staying the right side of the law 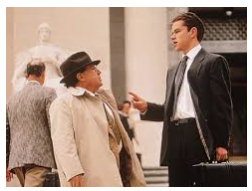 The film The Rainmaker lays bare a few home truths about the USA’s legal system. Rudy Baylor is about to leave the University of Memphis with a law degree. However, he is not moving into any well-paid employment like his other graduate friends, and he keeps tending the bar. When the bar owner Mr Stone, finds out that Rudy is a law graduate, he takes him on as an associate. Mr Stone is what is known as an “ambulance chaser”. In other words, he talks to people involved in accidents and tries to get them to sue someone. Mr Stone offers to represent them, naturally, for a small cut of the damages payout. It’s something that Bath Accountants like Chippendale and Clark Bath Accountants would soon put a stop to.

His associates work the cases to trial. The more they work up, the more they get paid. Rudy hits on a big case, and Mr Stone introduces him to Deck Shifflet (Devito). Deck has a murky past in insurance claims, and despite several attempts, he has not been able to pass the bar exam allowing for him to be a lawyer. As a result, he is a paralegal assistant. 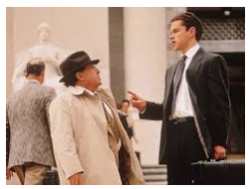 As the case is due before trial, Mr Stone is nowhere to be found. To make matters worse, his offices are being raided by the FBI. Rudy is not fully qualified to represent the plaintiff, and the case is about to be thrown out when the Defence Attorney offers to stand for him, and Rudy is sworn in.

With just Rudy and Deck going up against a slick team of lawyers defending the insurance company, it doesn’t look good for the two men. However, with grit, luck and determination, plus a little help from Mr Stone, who has “relocated” to the Caribbean, they might just win.