A Walking tour of Game of Thrones locations 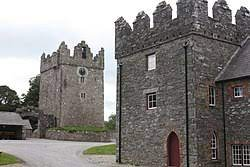 The recently ended and immensely popular Game of Thrones was truly a massive television event. Being one of the most expensive TV series ever made (it was likened to a film an episode when at its height) you might be surprised to find that a huge part of it was filmed not too far away. The scenes in Westeros were filmed in Northern Ireland. It’s brought a fantastic amount of income to the region and a much needed shot in the arm for the country’s economy. It also got filmmakers to review the place as a possible place to make more programmes. 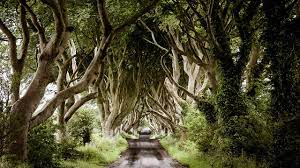 Most of the places that the show is filmed in can be accessed. One of the most important is that of Winterfell. The National Trust property of Castle Ward is used for the interiors of the Castle keep and the famous tower that Bran is pushed from by Jaime Lannister is also there.  Further up the road on the A20 you will find the very layby that Bron tells his wife he is not coming into the castle just yet as he is going to accompany Jaine on a quest to Dorne. The Castle is CGI but the Strabo Tower that you can see in the background is not an addition but a place that overlooks Strangford Lough.

In the North of the Country is the Dark hedges which sounds worse than the Kings Road that it represents.  You’ll need some stout walking gear to get around the country and this is where a traditional Aran Sweaters comes in like those from Shamrock Gift.