The beginnings of Plumbing 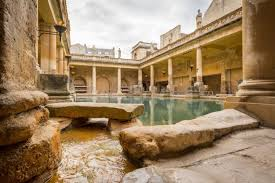 You can see why early humans were very keen on plumbing. They were becoming sick and tired of having to walk miles and miles to a river, stream or well to get water for washing and drinking. The answer came like magic to them with the idea of plumbing. Don’t get too excited they started using earthenware clay pipes to channel water from the river to the settlement nearby using gravity, it’s why so many human cities are located next to water courses. The oldest system discovered dates to the Indus Valley in India.

As ever it is the Egyptians, Greeks and Romans who really start to push the plumbing idea. This is mainly because they started to take an interest in public health as their cities begin to grow. They built large communal baths and drinking fountains. Not only did they need to bring clean water in they also needed to get the waste water out. The Romans really mastered the  art and even gave Plumbing its name, they used lead pipes and the latin word for lead is plumbum. 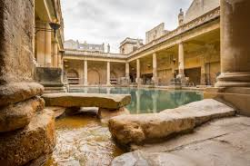 One old Roman town to benefit was Glevium and a Gloucester Plumber like HPR Plumbers in Gloucester are still making sure that that Roman legacy is still being maintained today, not that the pipes are made out of lead any more.