Orbiting the earth at incredible speeds

At the end of May we saw the launch of the first ever commercial spacecraft with the SpaceX mission successfully transporting two men to dock with the International Space Station. This is the first time a spacecraft has launched from The Kennedy Space Centre that was not funded directly by the government and it paves the way for an incredible future into space travel. One of the most common items to be sent up into space is satellites.

When we see satellites on the ground, they tend to look very similar – simple shiny boxes or cylinder shapes that have probably been created using Bending Machines like the ones from https://www.cotswold-machinery-sales.co.uk/ehrt/bending-machines/,  with solar panel wings attached. However, out in orbit, these machines come into their own – behaving very differently depending on their chosen flight path, altitude and location. 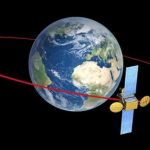 There are three main types:

Low-Earth Orbits (LEO) – these sit in an area of space which lies about 111 to 1,243 miles above our planet. These low satellites are perfect for observation, military uses and gathering weather data.

Geosynchronous Orbits (GEO) – these satellites travel around the Earth at a higher altitude of above 22,223 miles and the period of orbit takes 24 hours. Also, in this class are geostationary satellites which remain in a fixed location above Earth. Some GEO satellites follow an elliptical orbit, drifting east and west over a fixed point during the period of a full orbit. Some satellites don’t have an orbit that aligns with the equator, taking it north and south as well. These satellites are often used for communications, television and weather forecasting.

Medium-Earth Orbits (MEO) — as the name suggests, these satellites sit between the GEO and the LEO. These satellites are used for navigation, such as that which you find in your car’s GPS.