The History of Central Heating 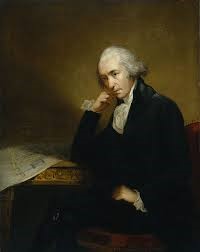 Lately the cost of energy and the dilemma that we have about heating our homes has brought central heating and its uses to the forefront of many of our minds. Central heating is important to ensure that we stay healthy and keep our homes warm, and it is something that we associate with the modern world – modern boilers and all of the parts that come with them like these copper pipe connectors https://watkinspowis.co.uk/products/copper-pipe-fittings-and-press-systems are seen as parts of modern living. However, central heating has a history that goes back centuries…

The first types of central heating actually go back to ancient Greece. The temples of ancient Greece were kept warm by fires which were lit and then this heat that was created was moved around the temple by a system of flues. This was also something that was used in the Roman Empire, where Romans used this system to create underfloor heating systems. Unfortunately, the fall of the Roman Empire meant that many of these innovative creations were lost for centuries. 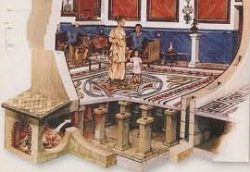 Invention and technology started to come back to the fore at the start of the Industrial Revolution in the UK. In 1793, the engineer William Strutt started to design a furnace. His design was created to heat the air from the outside through an underground passage. He worked with fellow engineer Charles Sylvester and designed the first modern heating system for a hospital.

This idea was quickly noticed by the scientific community, and in the 18th Century, the first central heating system was invented that used steam by the Scottish inventor, James Watt. This is a much closer resemblance to the modern central heating systems, using a network of pipes to distribute steam.

The hot water heating systems that were first used were created by Russians and were used to heat the palace of Peter the Great. By the 1830s, heating systems were starting to appear across Europe and factories, community buildings and places of worship were being heated by them. It was shortly after this that one of the main parts of a modern central heating system, the radiator, was created by Franz San Galli.

By the arrival of the 20th Century, heating systems were more commonplace, however it wasn’t until after the second World War that central heating started to be built into modern homes.